So let me start by saying I love a recipe using leftovers…… let me also say I am the worst person ever when it comes to determine how many potatoes i need for Sunday dinner mashed potatoes and I always end up cooking way too much, so  rather than throw away the left over potatoes or have to have mashed potatoes again the following day when i really don’t feel like eating them I decided to make these bacon and cheese mashed potato cakes. You could pretty much put whatever you want to in these, I just think you can’t really go wrong with bacon and cheese.

In a large mixing bowl add the cheese, bacon and onion and give them a quick stir to mix. 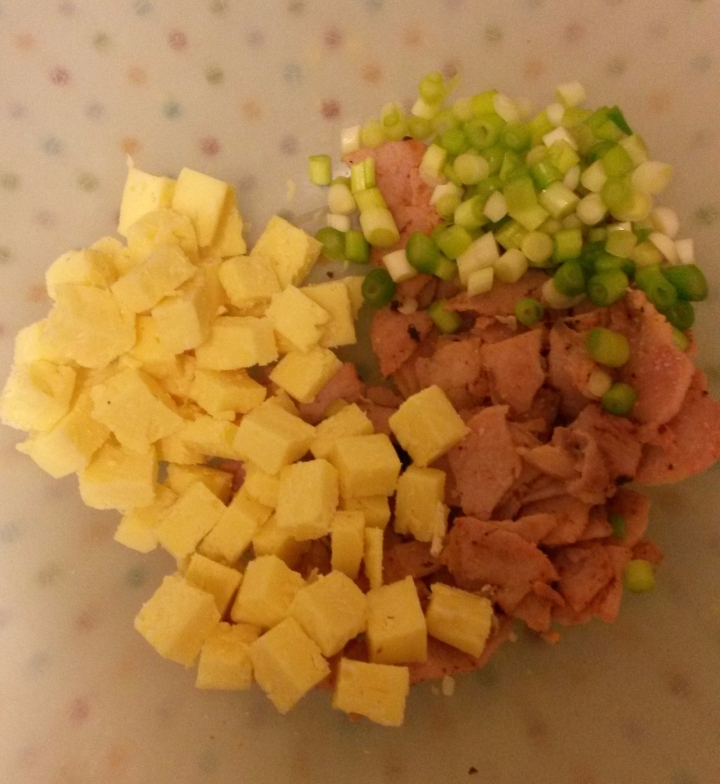 Add the mashed potatoes and mix.

In a separate bowl add the flour, salt, pepper and paprika and mix together. 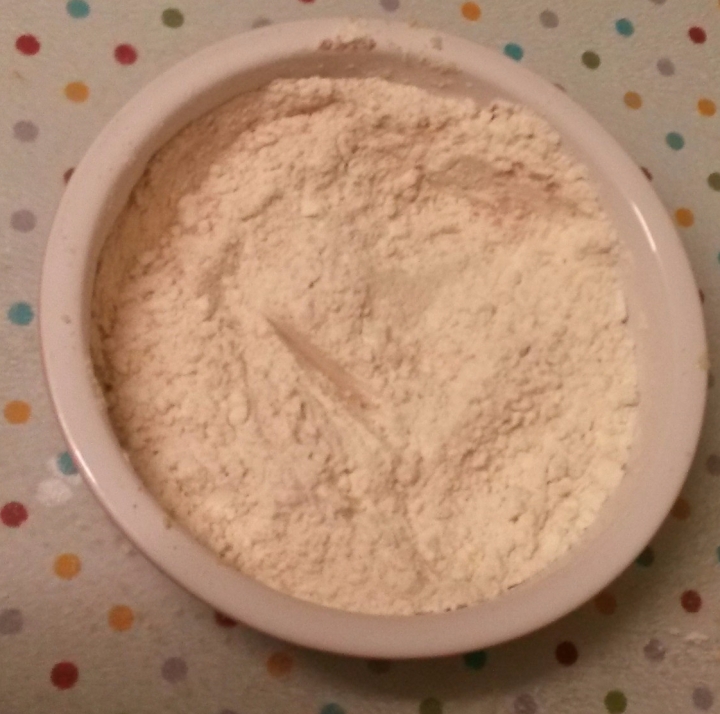 Now you are going to take around a heaped tablespoon of the mixture and roll it into a ball (if you think the mixture is too wet this is where you can add a sprinkle of breadcrumbs to bind the mixture a bit more). Roll the potato balls in the flour and flatten them into cakes, then put them on a plate ready to cook.

Turn on the oven to 200°C to preheat. In a frying pan heat the oil and fry the cakes for around 30 seconds each side or until they begin to crisp. Remove them from the pan and pat them with kitchen towels. Place cakes onto a baking tray and into the oven for 20-25 minutes until golden brown. 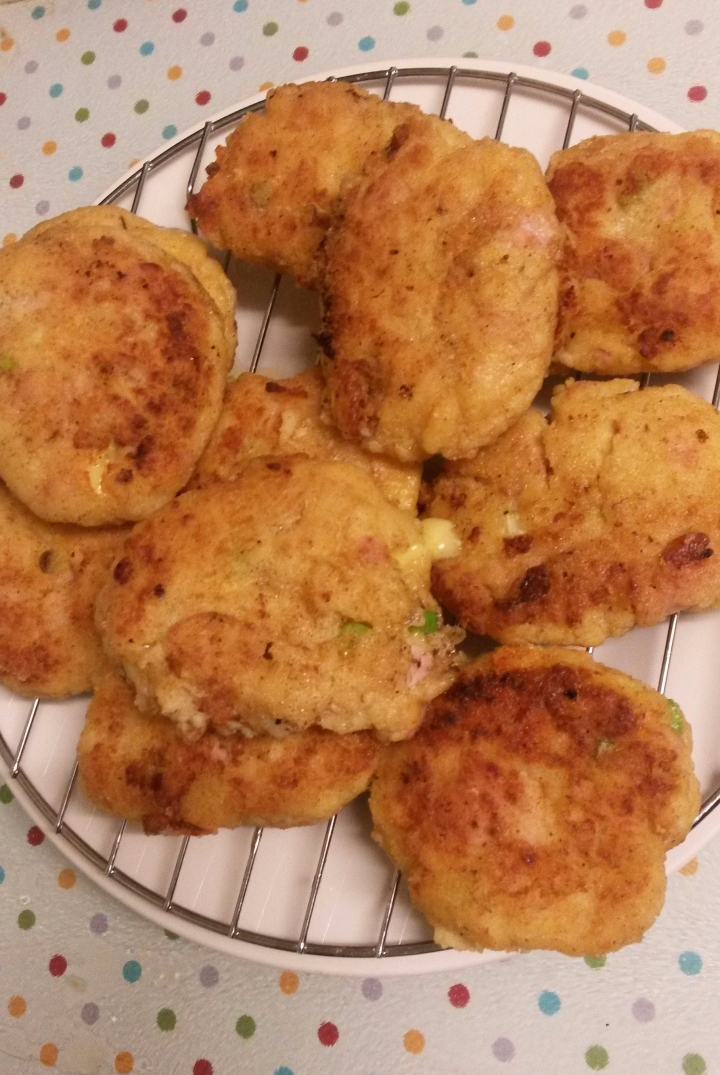 These are great served as a side with pretty much anything. I usually just serve them with corn on the cob as a simple dinner.

**These also freeze well for a month.